The last few sessions have been truly testing my abilities, challenging what I perceive to have already known about design, and presenting to me an issue of… presentation. Our first task was to finalize our existing proposals for MaSC carefully considering the client’s comments. We found that two designs were favored in particular: the circular and square wave logo iterations and the conch shell logo. Our next task was to work as a class to create some final edits and submit our final proposal.

Given that our last exercise on collaboration was so enlightening, I entered the task with some confidence in my ability to collaborate. This time, however, instead of collaborating on a single design with one other person, we had to divide labor amongst and integrate 11 other people. We directed one another, giving each person a specific task: to check for similar existing logos, to sketch, to develop the proposal document. This seemed, at first, to be the most efficient way of organizing a large group of designers, but we learned an important lesson in balance by the end of the class. At the end of hour two-hour time limit, we found ourselves at a dead end. Everyone set on finalizing the logo (including myself) found ourselves steering in directions unknown, and far from the original design, in a futile attempt to be creative and unique. Relevance and balance,  two words that sum up the class, in which I found the importance of adhering to what was expressed by the client. Relevance: there was a clear preference for the wave logo, but we became obsessed with redesigning rather than polishing. Balance: the acknowledgment that the large group may be useful, but in particular ways. Maybe working on one small project, 6 people gathered around a computer screen, is an inefficient process. Collaboration is necessary but ultimately has its boundaries. With nothing substantial to provide the client, we were tasked with fine tuning the logo individually over the next few days.

The following is a documentation of my process. I sketched a few ideas and I found that a spiral shell would work best in the circular space that was favored by the client. 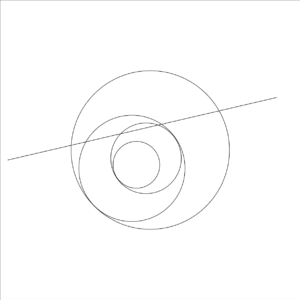 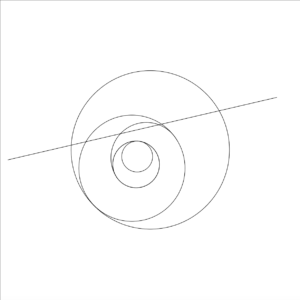 First, I set up a circular framework to create the spiral, making sure the relationship between each circle and another remains the same. 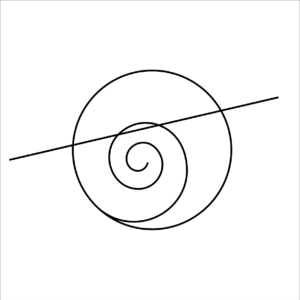 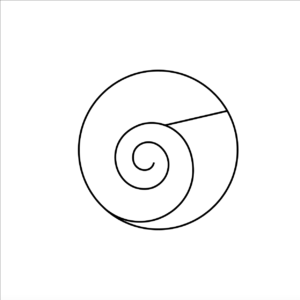 Once I was satisfied with my layout I created my spiral placing a line to delineate the end of the shell. 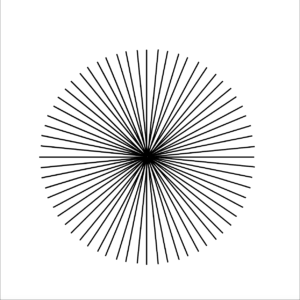 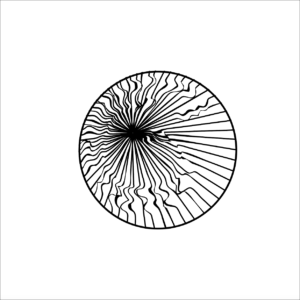 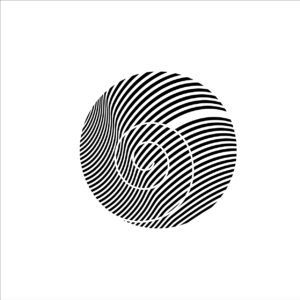 I started experimenting with the envelope distort tool in an attempt to hug the form of the shell. I failed miserably, as a realized the tool would not provide the effect I want. 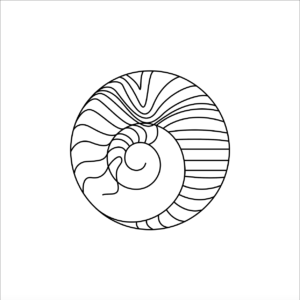 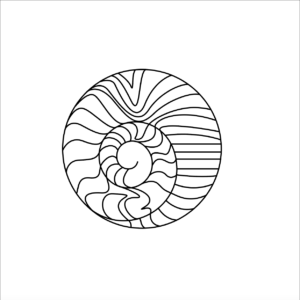 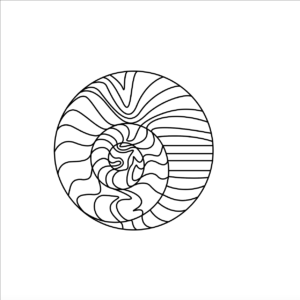 I, instead, drew 16 lines that acted as waves which hug the implied form of the shell. Allowing each line to be traceable throughout the shell. 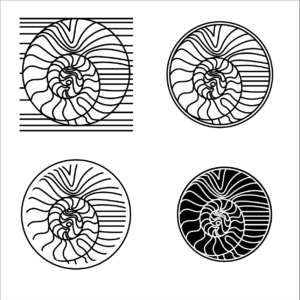 After some fine-tuning and type selection, I created a few iterations of the design, ultimately choosing the one below. 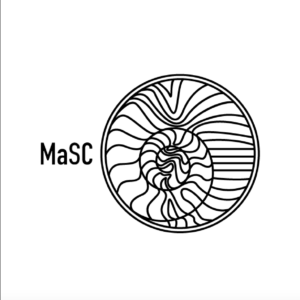 Here a learn another important lesson on presentation, exposing the irony of my work. After making some final tweaks, I begin creating my proposal. This process was fairly quick: placing the logo and justifying my choices. After presenting to class I found that I didn’t fully utilize my space and/or resources. Van, for example, presented a gorgeous proposal justifying her choices visually while still providing precedence to her logo. Simran also used her knowledge well, using mockups to present her ideas on merchandise. 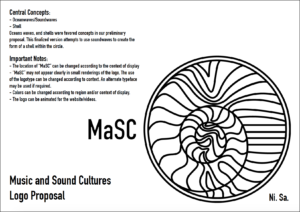 My initial idea was to keep the design clean and allow the client to focus on the logo. But I now realize the power designers have in communication. What use is it to spend hours, even days, designing a logo if the client is unable to see 1) how you can to your decisions and 2) how it will be used. Here, I learned the importance of communicating your ideas, even for design. I then redesigned the proposal (below), but still would have liked to add some iterations of the logo and my process. 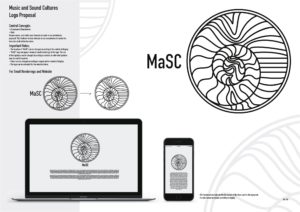