As I’ve learned in our previous classes, part of design is knowing when to let go of an idea; to take it and place in a metaphorical, or sometimes literal, drawer. As part of the class, we were asked by Matteo Marciano to develop an identity for Music Tech here at NYUAD as a parallel series of classes and community to NYU Steinhardt. The project brought with it many challenges, from creating visibility in a hyper-stimulated, busy space, to navigating the precedence we give one sub-identity over a larger one.

We split into groups of two-three and were asked to come up with a system and identity for Music Tech. I paired, once again with the talented Shenuka, but this time, our approach was less graphic, and more illustrative, in hopes of decorating the space. Our goal was to make the Music Tech more visible to those who pass by.

As a conceptual focus, we decided to consider the type of work that students of music tech engage with. Music technology encompasses a broad range of sound design and production, however, what intrigued us the most was the ability of those trained in the field to produce, dismantle, and re-form sound. Shenuka decided to illustrate a mascot for the programme based off of a conducter, and I decided to reinterpret what it means to play instruments. I wanted to create illustrations that describe the aforementioned process of creating sound by dismantling instruments. Below is my process. 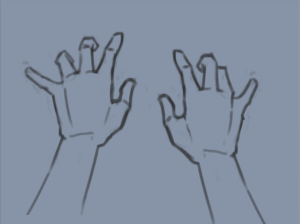 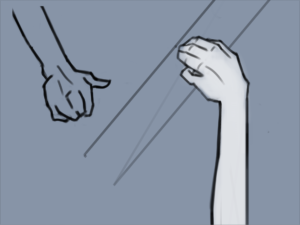 After 2-3 days of sketching and illustrating, I came to the final versions of the design. However, our class (design crew, as I like to call us), was unimpressed. As I understood, the imagery of the Piano and Sitar are too closely associated with classical forms of music. This means using them as a metaphor for a project within musical boundaries makes it difficult to disassociate.

I was heartbroken. So many hours, so many sketches, so much revising, to produce something that cannot be used in our final plan. I had to use the drawer.

It took me a while, but I realized that part of my frustration with myself was that I perceived a loss. A loss in time, concept, and effort. But I realize that I, in fact, gained much from this process. I learned the power of metaphor, that it is not to be abused. I also learned to expand my existing boundaries with illustrator. I usually create more graphic and minimalist designs, but I feel that this is the opposite, and my mind was completely unaware of both Illustrator’s and my capability to create something like this. Most importantly, in placing these designs in the drawer, I learned that the value of the brief and that inappropriate designs should not be salvaged for the sake of time and effort. That, especially in a group of such talented designers, we should provide our client with what the want and need, instead of manipulating the brief to fit our own designs.

I have learned to love the drawer. It lets me reflect, it keeps my ideas safe, and it shows me that no ideas are bad, just underdeveloped.