The past week has been quite intriguing, as I found myself using my newly developing “graphic design-thinking” in circumstances I wouldn’t have in the past. As I have learned, the role of a designer lies in multiple dimensions of communication, with problem diagnosis as the primary step in the process.

This first example is a relatively simple process in terms of problem diagnosis; a logo for my cv and portfolio. I have been contemplating designing a logo for myself for a while but was unable to develop an interesting concept. After I started this class I began to consider whether a logo is the appropriate manifestation of design. I began thinking about its uses, and that ultimately, my anonymous artistic online presence required a “mark”: a logo. After careful consideration, I began developing an idea that had been sitting in my head for a while. 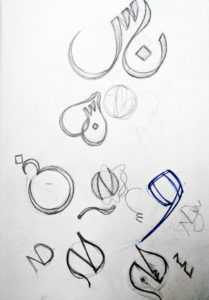 I had taken “Types of Art” last year and became fascinated by the Arabic script and calligraphy, and initially began to design my logo based on the script (above). My initials are “NSS” which I wanted to write in both Arabic and English and managed to develop an angiogram. As I spent more time with the logo, however, I felt it was unfair for me to take ownership of the language when I couldn’t speak it, only read. So I shelved the linguistic concept but moved forward with the aesthetic. I very much enjoyed the circular look and find it useful when most profile pictures are placed in circular frames. 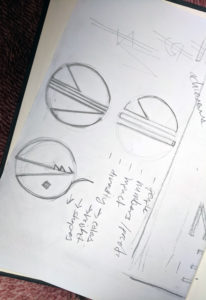 I couldn’t help but at least sketch a little more with the Arabic, but I moved forward with the English letters. Below is my process on illustrator. 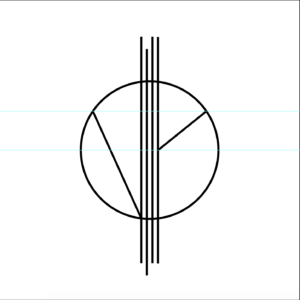 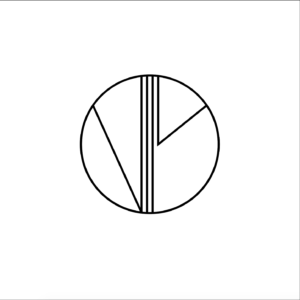 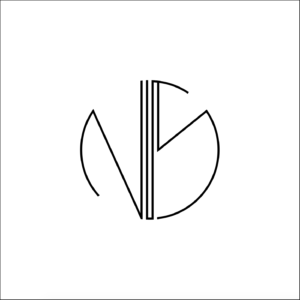 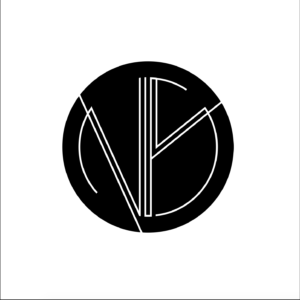 For me, this process was less about obtaining a logo, but experimenting with lettering, and thinking about the logo and its associated forms of brand identity. Do I need more than a logo? Do I need something else? Is a logo enough when compiling a portfolio and cv, or would I need to establish a strong aesthetic for my website. I guess, ultimately, the logo is the first step, but not always.

This next example is one regarding a client I am working for, who wanted a redesign of an 8 page set of agreements for volunteering. They wanted a few icons and an infographic for the redesign, and a few weeks ago I agreed. However, recently, I suggested that this issue isn’t the images, rather the immense jargon and the length of the document. It is not accessible. Instead, I spent some time reconceptualizing the major points of the guidelines provided to the volunteers in the program and created a one-page document. This client, however, still wanted an infographic, so I suggested conceptualizing the difference in the two types of information we provide volunteers. One set that are the requirements for joining the program, which can be complemented by a quiz. Another set as a suggested set of qualities for being a good volunteer, which can be encapsulated in a campus-wide poster series. I am in an ongoing conversation regarding the brief, but I found that as the designer, my role was not to simply receive the brief, but to modify it where necessary. In this process, I also found that communicating my ideas respectfully was central to coming to a compromise.